Two members to be inducted into the “Hall of Fame”

The Jonesborough Genealogical Society (JGS) will be celebrating its 29th anniversary and induct the “Hall of Fame” Class of 2019, George W. Holley and Patricia A. Sabin, into the Jonesborough Genealogical Society “Hall of Fame” on Saturday, April 27, at 9:30 a.m. at the Washington County-Jonesborough Library, 200 Sabin Drive, Jonesborough, Tennessee. Coffee and Donuts will be available at 9:30 a.m., the public is invited. Reagan Cornett, will present a program on her graduate work at David Crockett Birthplace State Park. Reagan has been working with the Dr. Jay Franklin and other researchers at East Tennessee State University on the continual new discovery of Cherokee life through archaeological digging. This last year, archaeological digs have been her focus at David Crockett Birthplace State Park in Limestone along the Nolichucky River. 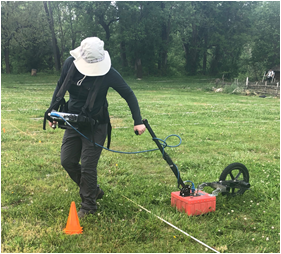 Reagan Cornett is an East Tennessee native who has always been fascinated with the rich history of the area, especially that of the Native Americans that lived here for thousands of years. After many years as a massage therapist, she returned to school to study Southeastern Native American archaeology at East Tennessee State University under Dr. Jay Franklin. She has a B.S. in Sociology with minors in Anthropology and Archaeology. She is currently working towards a Masters in Geosciences at ETSU, studying geophysics for archaeology under Dr. Eileen Ernenwein. For her thesis, she completed a geophysical survey at David Crockett Birthplace State Park in Greene County, TN, using Ground Penetrating Radar and Magnetometry. The survey was ground-truthed with an archaeological excavation confirming the occupation of Native Americans at the site spanning the Archaic, Woodland, and Mississippian cultural periods. The project was funded by a grant from the Tennessee State Historical Commission.

George W. Holley was born in Stiman, VA, November 28, 1927, to George W. Holley, Sr. and Elizabeth Steffey Holley. They lived in Trammel and St. Paul, VA, where he entered first grade. He completed 2nd through 7th grades in Elkhorn, KY, where his father worked for the Clinchfield Railroad. He loved music and played trombone in the band at Elkhorn. In 1941, the family moved to Tennessee, where his father was section foreman at the Indian Ridge Station. He attended Boones Creek School until graduation. His first teacher Olivia Bowman took one look at his beady eyes and said, “There’s trouble for sure.” He sure fooled her by becoming one of her best students. He is a 1946 graduate of Boones Creek High School. At Boones Creek, he also met the girl who would become his wife of 72 years, Margaret Sherfey Holley. They have two children, Deanna Carey and David Holley, as well as four grandchildren and seven great-grandchildren.

Holley began working summers on the railroad, following his father’s footsteps, on the welding gang making 43 cents an hour at the age of 15. At age 17, he was promoted to welder at 72 cents an hour. He then became a fireman on the railroad until diesel engines made the job obsolete, and then he got the opportunity to change careers. This time he chose artificial breeding of cattle. He went to breeders school at UT in 1945 and developed his business on the north end of Washington County until 1970, when he changed careers again. He worked for the big producers of International Grand Champion Angus and many dairy farmers in the area. As dairy cattle production waned, he reinvented himself yet again.

In 1970-71, Daniel Boone and David Crockett High Schools were constructed. During this time, Holley was asked to teach welding at one of them, relying on his former railroad experience. He chose Daniel Boone and taught welding from 1971-1993. He received his degree from UT at the age of 48, after attending mostly night classes while teaching, farming, and a bit of cattle work on the side. He affected the lives of many young boys, now men, who are gainfully employed in the area today. It is not unusual to see them dropping by to ask advice, reminisce about shop days at DBHS, and bring their wives and children to see the man that set them on a path to success with skills and a good work ethic. He was designated as Tennessee Vocational Teacher of the Year in 1983.

George and Margaret’s love of local, regional, and community history led to the establishment of the Knob Creek Museum and Pioneer Homestead in 1985 as an outgrowth of the 1986 Tennessee Homecoming. The Knob Creek Museum contains mostly family heirlooms and donations from 34 community entities, yet welcomes visitors on weekends during the summer and other times by appointment to get a glimpse of life as it was from pioneer times to the present.

Near the museum is the home George and Margaret built in 1956, you will find him doing what he loves best – working the land and visiting with his many friends. 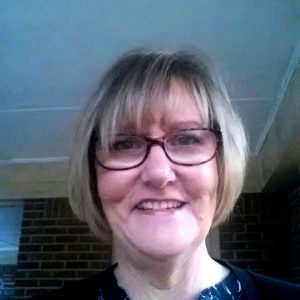 Patricia “Pat” A. Sabin credits her love of history to her parents, Donald G. and Dorothy Davis Sabin, who incorporated historic sites into every summer vacation. Pat’s father, Donald G. Sabin was born and raised in Jonesborough, but his father traveled quite a lot in the lumber business. Dorothy Davis Sabin was raised in Mosheim, Tennessee. Dorothy and Don Sabin married while attending East Tennessee State University, had their first child, and graduated together in 1947.

Pat grew up with history books, and is avidly interested in the personal stories of earlier generations. She is extremely to grateful to those who maintained diaries and letters, bringing the ancestors to life. A descendant of Captain Robert Sevier, who died from wounds sustained at the Battle of Kings Mountain, Nannie Leila Sevier was the only daughter of Dr. William R. Sevier of Jonesborough. Her husband, Jonesborough’s first fire chief Guy Ellis Sabin, died tragically while battling a fire. Knowing this information, Pat became a contributor to the USGenWeb Project in 1996, and later, adopted and developed several county sites. Pat also became webmaster of the Jonesborough Genealogical Society and severed in this capacity until 2010. Since this time, Pat has continued to make trips back to Jonesborough from her home in Georgia, as well as contribute to efforts of the JGS.

For more information on this event or any other event of the JGS please contact, Chad Bailey, President, at (423) 791-8295 or by e-mail at [email protected].